Alexandra School of Dancing is a traditional ballet school with a friendly atmosphere welcoming children from 18 months to adult.

Classes take place on a Tuesday and a Saturday in the South Hornchurch Community Centre in Rainham in Essex. We also teach tap and modern classes, teaching children musicality co-ordination and motor skills.

The School has had 100% exam success and performed several charity shows over the years in various locations around the country.

The school’s main studio is now in South Hornchurch and the emphasis is on fun for the younger children and the study of exams for those who wish to take them, of which the standard is very high. The main ballet and tap & modern classes are held on Saturdays at South Hornchurch Community Hall Tuesday evenings there are classes for all ages in ballet. Click here to view our class timetable. 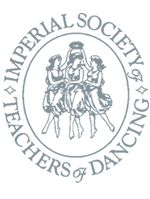 The school studies the I.S.T.D. exams which are accredited on the National Qualifications Framework (NQF), for England, Wales and Northern Ireland. All exams are at the discretion of the teacher as the standard is very high indeed and often requires extra classes a week to ensure that the standard is reached. Our results over the years have been exceedingly high with 100% pass rate and the majority of children achieving good results. We also have performed for charities over the years and several students have gone on for professional careers as teachers, opening their own schools. Or performing in dance companies and shows around the world or in England. 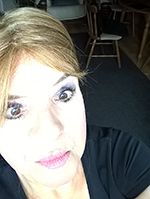 I began dancing at the age of 5 years old and later at the age of 16 went to full time dance college. I then pursued a professional career as the lead dancer in an international touring company of which took me all around the world. On returning to England I opened my dance school in Romford during 1980 and since then the school became very much a ballet school into which we have gradually introduced tap and modern.

I have passed the I.S.T.D. teaching exams and in 2011 passed the Diploma in Dance Education. 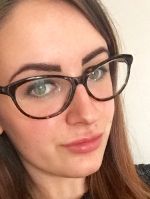 Jessica started dancing at the Alexandra School of Dancing at the age of 5, studying I.S.T.D. classical ballet and modern. Over the years she has progressed through the grades and developed a great talent and passion for teaching. She is especially good with the young children and is now teaching on Saturdays and works closely with Magda to ensure that the classes are run smoothly and efficiently.

As well as studying and teaching ballet, Jessica is a full time university student in her last year of law studies. Jessica helps manage and run any events that the school organises. Jessica will continue with her law studies and progress along the I.S.T.D. professional dance teaching route. 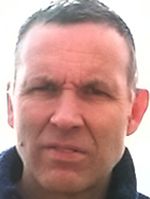 After representing Great Britain Schools at judo and Barking and  Dagenham schools to victory in the English schools football tournament he became an apprentice pipe fitter/welder. Having completed his apprenticeship, he was forced to change his career when he suffered a brain tumour. Holding many fitness, sports and health awards he moved into the sports, fitness and health field. He qualified as a physiotherapist with the SMAE Institute.

After marrying Magda, he was introduced to the world of ballet and theatre and became involved with the school’s finance and general management of the school, implementing many changes to  improve it.